Scroll down for full video.

I'm on tiktok too.

Grab coins from thin air throw them in a bucket or top hat.

This magic performance dates way back to the days of Harry Houdini and further.

The magician being a showmen removes his top hat shows the hat to be empty then begins reaching in to the air in front of him plucking a coin from thin air then throwing the coin into his hat as the spectator the sound of the coin landing in the hat is noticeable. The magician then reaches into the air and grabs second coin and throws the coin into the hat, then a third coin and a forth coin and contuses plucking coins from thin air to throw them in his hat till he has 8 to 12 coins or even more in the bottom of the hat.

As you can see with a nice trick hat this illusion could easily be a way to pull a rabbit from a hat.

This sleight of hand will require some practice however when mastered is a very fun and fulfilling coin production.

The magician starts with a coin (a quarter or a fifty cent piece.etc)  in-between his thumb and palm, I learned this with my right hand but ether hand is ok, see photo below. 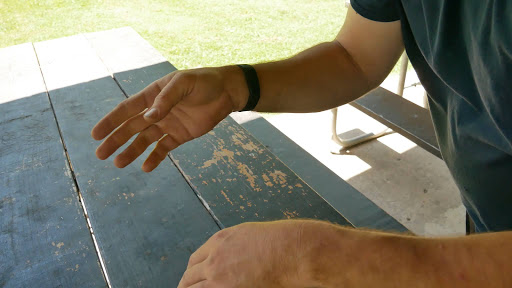 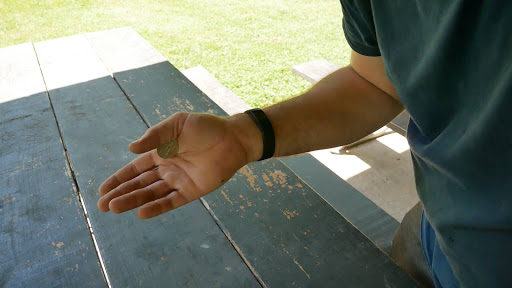 To grab the coin out of thin air the magician uses his pointer and middle fingers to grab the coin from its palmed position while reaching away from his body into the air. 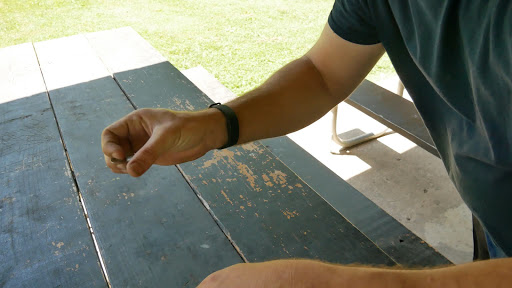 Once the magician has grabbed the coin he extends his fingers to show he has plucked a coin out of the air. 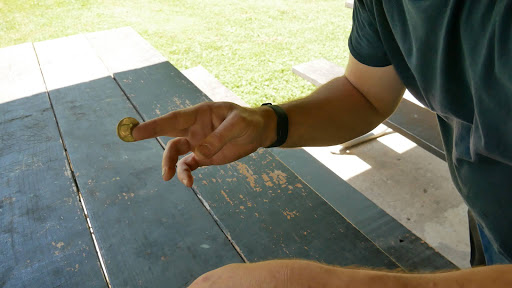 Throwing the coin into the hat,bag or bucket.

the magician does not actual throw the coin into the hat, bag or bucket.

the magician simply reverses the steps above and places the coin back into the thumb palm position.

The above is the bulk of this trick practice till your able to place and remove the coin from the thumb palm quickly and effectively.

How do the coins pile up in the hat,bag or bucket.

Here is a video of me showing how to do this coin production:

Popular posts from this blog

Coin finger roll. The classic flourish that everyone is amazed to see, a great display of skill. Rolling a coin across all four fingers, again & again. learn the coin finger roll.
Read more

Learn how to vanish a coin at your finger tips. Vanish a coin at your finger tips & Have the coin materialize seemingly from thin air just like Harry Houdini and other famous magicians. This coin production can be preformed as the "rabbit out of the hat" routine and many others. Step by step instructions, with photos and a video tutorial. Coin vanish & production tutorial.
Read more 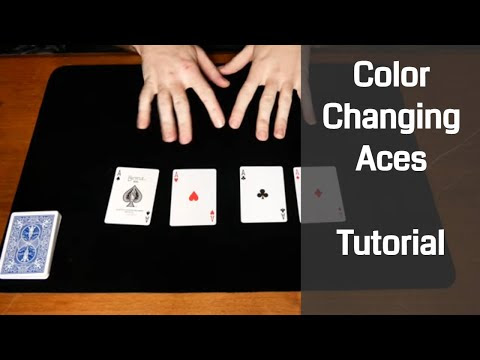